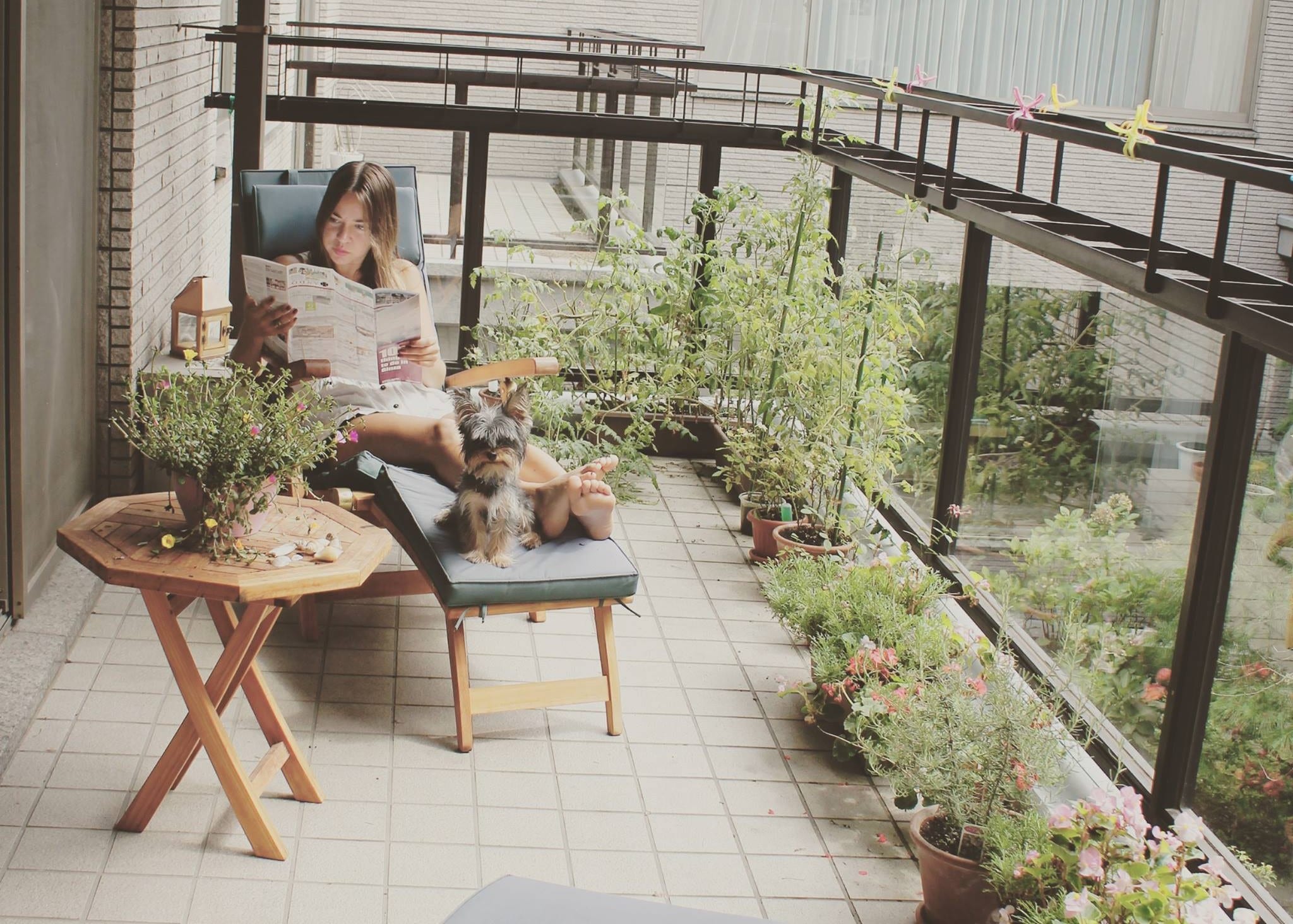 Saga Briggs, a writer and lifestyle strategist from Portland, Oregon, has set herself an ambitious goal. In early 2019, she launched the “Doorways” website, which aims at tackling the problem of housing shortages while encouraging women to take up more space and supporting the freelancing community. In an interview with UnAuf she speaks about the concept of Doorways, her own travel experience and the benefits Doorwaysoffers for students and female solo travellers.

UnAuf: What’s is Doorways about?

Briggs: Doorways is a house sitting platform that helps people save money on accommodation at home and abroad. In the spirit of the sharing economy, it pairs traveling home owners with live-in sitters to care for their pets, plants, and properties. It is a free exchange between parties, sort of like a cross between Airbnb and couch surfing. Maybe you could call it “pet surfing.” There are already hundreds of thousands of people around the world doing it through a handful of websites.

U: What’s the main idea behind Doorways?

B: Doorways is a house sitting platform with a social cause. It has two goals: 1) to empower more women to take up space in the world through travel and location independence; and 2) to tackle the affordable housing shortage by using the space that’s already there. Global GDP depends on greater economic participation from women, especially women in leadership roles. Companies consistently report stronger market returns and superior profits when women are in charge. Still, the statistics are sobering. For example, none of the three most powerful European institutions (Executive Commission, Council of National Leaders, European Central Bank) has ever been led by a woman. This might change soon as Ursula Von der Leyen just recently got nominated to lead the European Commission and Christine Lagarde as head European Central Bank. However, we need more of those examples and I want to use Doorways to support more women in leadership roles. One barrier to economic empowerment for anyone is the cost of living. I want Doorways to give more women a chance to save on the cost of housing at home or abroad so they can put that money into their businesses and studies instead. Doorways is open to men, but prioritizes women’s empowerment specifically. At the same time, affordable housing is a serious problem not only in Berlin but worldwide. Building new units is part of the solution, but there’s a lot of wasted space that could otherwise be occupied when pet owners leave for extended holidays. Doorways aims to locate and redistribute this space to help relieve pressure on the housing market. For example, if travellers started house sitting instead of using Airbnb, we might help return those properties back to permanent residents, thereby slowing gentrification.

U: How did you come up with the idea?

B: I spent four years (2014-2018) as a digital nomad, traveling and house sitting for 40+ families in 20 nations. Two of those years were spent as a solo female traveler, and one important thing I learned during that time is that in order for women to feel as comfortable moving through the world as men. Women need to become more visible, not less visible. Physical visibility can come from traveling, for example to places where solo female travel is uncommon; and economic visibility can come out of making and saving money on your own terms. I reflected on how house sitting had allowed me to save money on rent for four years so I could put it into my freelance writing business instead, and how working for myself had given me the freedom to choose where I wanted to live. So I wanted to give more women the chance to do the same. At the same time, I kept seeing thousands of listings for house sits around the world on the websites I was using, some for 3-6 months or longer, and thought there must be a way to leverage this part of the sharing economy to help us use space more efficiently–for example, to curb the affordable housing shortage in cities like Berlin.

“Protecting instead of empowering women is called benevolent sexism.”

U: Your’re saying female solo traveling is uncommon. How did you come up with this conclusion and what’s the reason for this phenomenon?

B: I’m not saying it’s uncommon in general—actually it’s one of the biggest demographics of travellers now. But there are places I’ve been in recent years where it still turns heads, like Northern Cyprus or coastal Turkey, and this is where we could work to normalize it. What is uncommon—and subversive—is the idea that women should draw more, not less, attention to themselves in order to be more comfortable in their travels. When we tell women not to travel alone, or to travel in groups, not go out at night, ignore catcalls on the streets at home or abroad, we are actually ensuring that it remains an unsafe world for them. Protecting instead of empowering women is called benevolent sexism. The only way to make this world a safer and more comfortable place for them is to encourage confrontation, engagement, independence. There’s a close relationship between power and presence: the more women who are out there, making their mark on the world (both physically and economically), the less power the creeps, criminals, and male-dominated corporate boards of the world will have over them.

U: What are the benefits of Doorways specifically for female travellers?

B: I’d love to see more women using Doorways to save money on rent in their own cities so they can put it into their businesses instead, but female travelers specifically can use Doorways to feel more “at home” while abroad. Having a home base, along with the company of a pet, makes it less scary to travel to a foreign country and even emboldens you to step outside your comfort zone since you know you have a home to return to. In many cases home owners have also introduced me to their community of friends and neighbors, so I’ve usually had connections already upon arrival. Female travelers can use Doorways to travel together as well, connecting with other female travelers around the world.

U: How does the mediation process work?

B: Home owners can post directly on the website to find a house sitter. Those interested in house sitting can apply directly for a sit or fill out a contact form describing their interest. Doorways then helps with the application, matchmaking, and onboarding processes.

U: How does your webside differs from others (e.g. Trustet housesitters)?

B: All the other house sitting websites charge a membership fee and leave it up to you to find the right match. Doorways is more of a matchmaking platform, directly working with clients to find the right house sitting arrangement. We search for available house sits during your desired dates and destinations and walk you through the application and onboarding processes.Unlike Airbnb, house sitting is free accommodation. You only pay for your transportation to the location of the sit. It can also be more appealing than Woofing or HelpX, since your only responsibility is to feed a cat or walk a dog. The rest of the time is yours. You get the whole place to yourself since the home owners are gone traveling. This provides some privacy and peace of mind that you wouldn’t have if you were couchsurfing. At the same time, home owners often introduce you to friends and neighbours in case you want to meet people during the sit.

U: Do I need a membership to become part of the community?

B: It is free to register as a home owner or house sitter. There is a small fee only if a match is made, dependent on the length of the sit.

U: Which possibilities does Doorways offer for students?

B: Students can save money on the cost of housing by finding long-term sits while they’re completing their school term. Sit length varies from several weeks to several months. All house sits are rent-free. But you should be good with animals and plan to devote as much time to their care as you would if they were your own pets. Another option for students would be to travel during summer break, seeing a different part of the world before starting a new term. They could even find an internship or take a language course during the sit Pet owners who travel often, such as professors or research fellows, are encouraged to post an ad on the site so that their pets can stay happy in their own home.

U: Thank you for the conversation.

For more  information about doorways: https://doorwayscommunity.com/contact-us/ 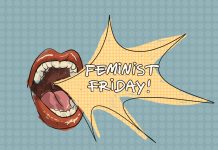 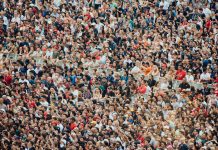 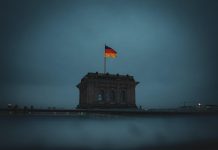