The task sounded simple. Our columnist only wanted to buy a new belt. Suddenly, he was forced to ask himself very essential questions.

Where is my manliness?

In my recent endeavours to buy a belt, it occurred to me that my manliness was under threat. It isn‘t looking good for us men. I keep reading about how we aren‘t allowed to compliment women, or laugh at jokes about blondes, and that we have to make space for women in boardrooms. Men are obviously living in fear – and I’m suffering because of them. When I was searching for my belt, the real imperial masculinity hit me straight in the groin with quite some force. Men, the shop assistant explained, wear belt buckles the size of smartphones, adorned with skeletons and dragons. Glaring brand names are welcome too. I flitted through the shelves as the shop assistant watched me, standing legs apart, eyes fixed on the belts. He wanted to sell me true manliness. But I don’t want to be a real man, I just want to make sure my trousers aren‘t hanging around my knees without having to hold a shield out in front of me.

The quest of becoming a man

The buckle is supposed to ward against the homosexualisation and feminisation of society, which the threatened  man feels exposed to. It signals: beware! The guy wearing these trousers is a ‘real man.’eSimple buckles that can be undone single handedly are only available for women. According to the fashion industry I’m not a man until I become one. They make their ads especially for me, promising the right cold drink could finally turn me into a real man. With the right buckle I could be holding a busty blonde in one arm and pick up the heaviest dumb-bell with the other. Honestly, I’d rather be the kind of guy who sticks to the editorial deadline, remembers to wish his friends a happy birthday, and phones his mother more often. But no one cares about these aspirations, it’s unattractive for men to have them.
I gave the buckle back to the shop assistant and explained that I wasn’t interested in letting the fashion industry dictate to me what makes a man a man. Skinny-jeans are acceptable, I can wear cardigans my grandma would wear or low cut t-shirts – it‘s only the belt buckle that’s left behind. It is the final bastion of the fear-ridden man who is sweating testosterone from head to toe. With this in mind I stumbled into a second-hand shop, where a fabulous belt immediately caught my eye. Plain, well-made and universally wearable. Perfect! After I‘d paid for it, the shop assistant approvingly informed me that belt used to be part of the US Air Force uniform. A real man’s belt. 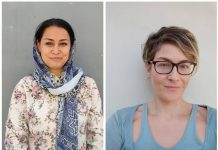 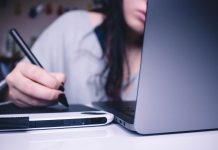 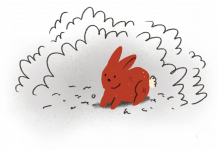